While national elections get the media attention, local elections in many ways have a more direct impact on people’s lives, including the quality of roads and transit systems, the schools our kids attend, parks and greenways, public safety, and more.

This issue of OYUnited’s e-newsletter helps to inspire, educate and provides tools to help you register to vote. 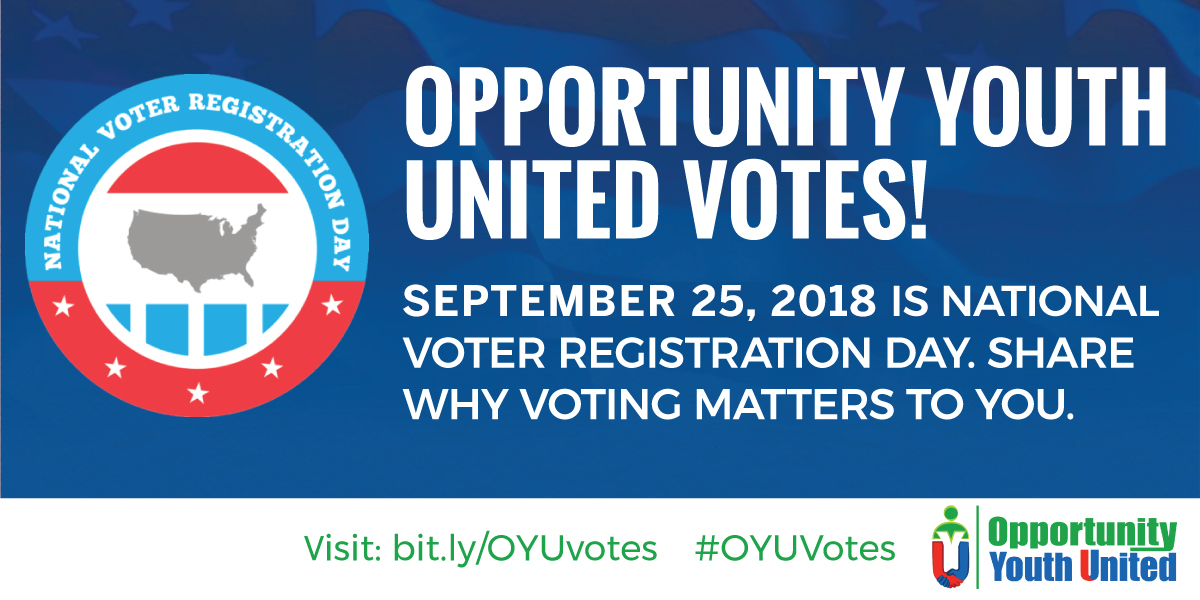 September 25 is National Voter Registration Day. Your voice matters, your vote matters and not just during presidential elections. This November, be sure to go to the polls.

OYUnited is hosting a voter registration challenge. Be sure you’re registered, and then urge your peers to register on or before September 25.

Here’s how to get involved:

Share this with your friends and networks! Use our NVRD social media toolkit to spread the word. 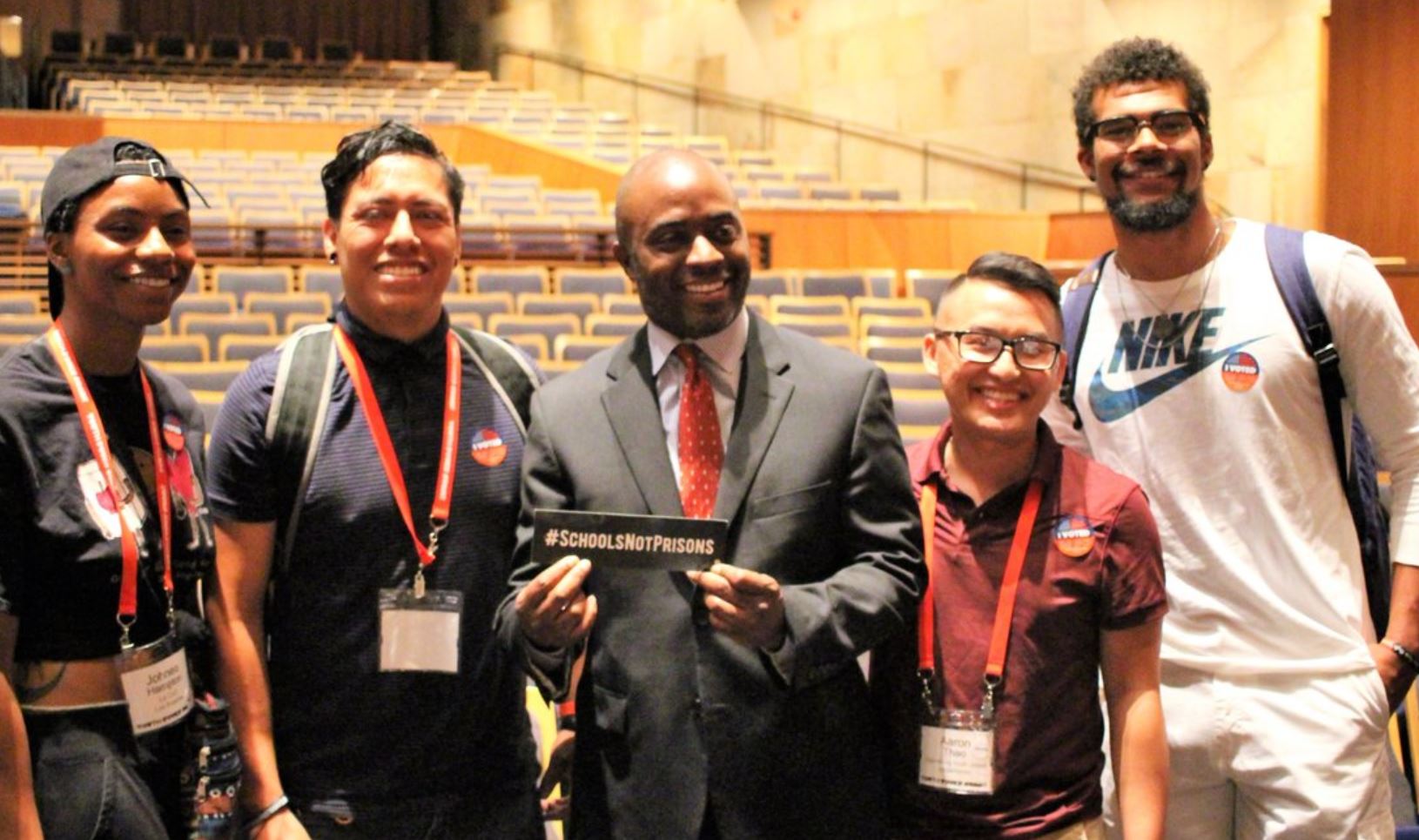 August 10, 2018 – It was a hot California day, with temperatures reaching over 100 degrees, but the high temperatures would not dissuade over 300 young changemakers from across the state of California from descending on the University of California Davis campus for the 2018 Youth Power Summit, hosted by PolicyLink in partnership with the Alliance for Boys and Men of Color and numerous local partners (see the full list here).

The purpose of the event was to strengthen youth movements across California by bringing young activists together for a three-day weekend to hone their skills, share best practices, and build community while they advocate for a better future for all Californians.

With the focus on building youth-led movements, Opportunity Youth United, of course, was there in force with our Los Angelos, Sacramento, San Francisco, and Oakland Community Action Teams (CATs) in attendance.

Their Saturday started on a high note during the regional breakout sessions focused on quality education throughout California. The young leaders split into groups by region to identify problems in their local schools, brainstorm solutions, and recognize their local decision-makers active on the specific issues. The workshop seamlessly built a sense of community across the state as young leaders began to see the common threads across their communities. 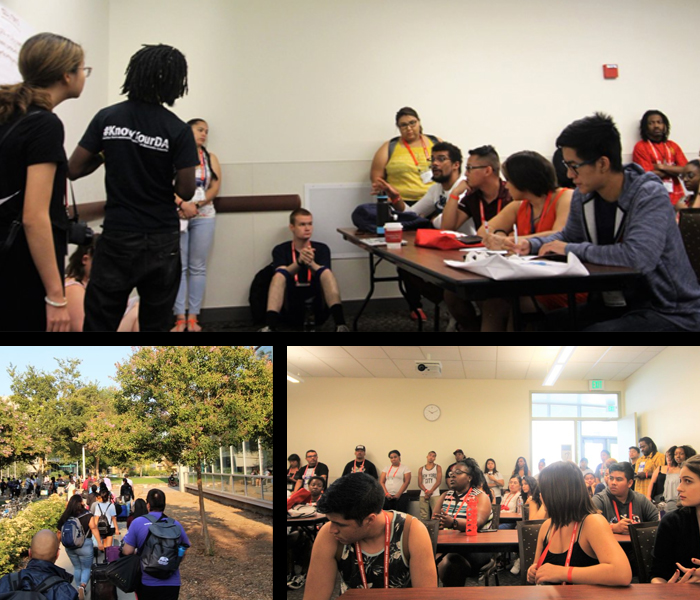 As the day progressed into the afternoon, the nonpartisan Superintendent Candidate Forum went into full swing as the two leading candidates for the office of California Superintendent of Public Instruction, Tony Thurmond and Marshall Tuck, faced off and answered questions from the moderator and from a group of the young leaders. 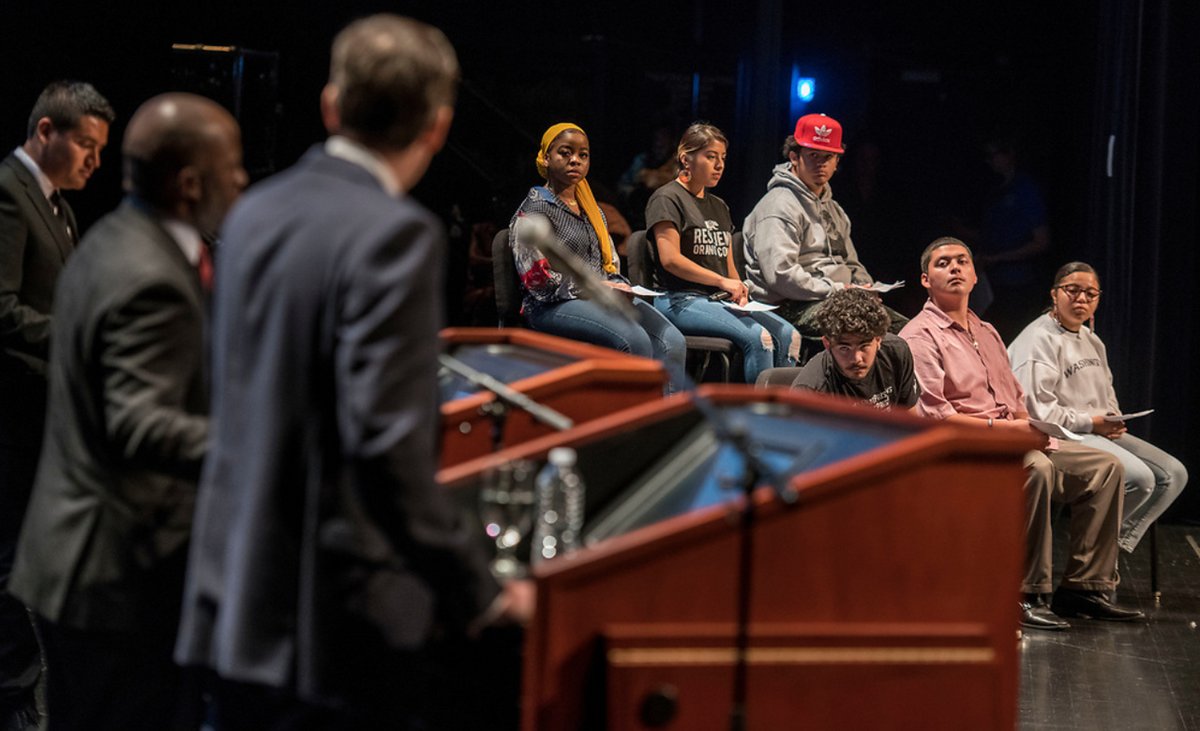 Young people ask the candidates questions during the forum.

In addition, with a little bit of coaxing behind the scenes, we were able to arrange for representatives from our California youth-led CATs to interview the candidates in a small informal group. Both candidates were gracious enough to accept, allowing the OYUnited CAT leaders over 30 minutes of uninterrupted conversation.

The California OYUnited members showed up, stood up, and spoke up about real problems their school systems were facing and asked important questions. California has more than 6 million public school students; the Superintendent selected in November’s election will lead the country’s largest and most racially diverse school system. Both candidates were prepared to address the issues and gave thoughtful responses to each question.

Sunday was another action-packed day as the young leaders prepared for over 100 legislative meetings in total at the California State Capitol in Sacramento. The first part of the preparation was the young leaders learning about the nine bills that were identified by their organizations as good bills to support heading into the summit. Each participant chose a system they were passionate about — for example, police accountability, transparency, education or workforce issues. They then learned about the bills identified in those sectors: what the bills propose, the problems they were designed to address, and the talking points and messaging for each bill.

After these workshops, the young people met in their small groups for a training on best practices and general expectations for meeting with legislators, and of course, had fun engaging in role-plays to prepare.

Below is the list of bills chosen by the organizations and their young leaders:

The capitol visit day was a strong success. Our young leaders came prepared, shared their stories, built relationships with their elected officials and helped move the needle towards a better future for all Californians.

Adam Strong is a founding member of OYUnited and member of our National Council of Young Leaders. A passionate advocate and lifelong learner, he has six years of experience in national policy advocacy, using his skills in policy analysis and communication & strategy he aims to influence policymakers to implement policies that increase economic mobility and decrease poverty in America. More from Adam.